Although I have been a Photoshop user since version 1.5, and have taught it to hundreds of students and clients over the years, I have never really wanted to use any of the “creative” features to modify my images. My main aim with my own photography is to “get the image in the camera” if I possibly can. I use Photoshop primarily to enhance my pages before publication, and for cataloguing my images. Without wishing to re-open the debate about digital manipulation of natural history photographs, I would be really interested to hear from readers what they think of the examples shown.


Over the last couple of years I have attempted to photograph several naturally occurring events which I have found practically  impossible, and where I have used Photoshop to help “create” the image that I visualised. Whenever the images are submitted for publication, I always make it very clear to the client that the images are digital composites


Take the idea of a Sycamore seed spiralling down from a tree. I wanted to show the spiralling pattern, as well as catching the seed in mid-flight. After a few experiments I realised this was an impossible task to do in one exposure. I therefore shot three images in the studio, one of the leaves, one of the spiral (an exposure of ½ second) and a single seed in mid flight (isolated from a stroboscopic sequence shot with my Nikon SB900 flash on its “repeating flash” mode). The three images were then combined in Photoshop using the layers facility. 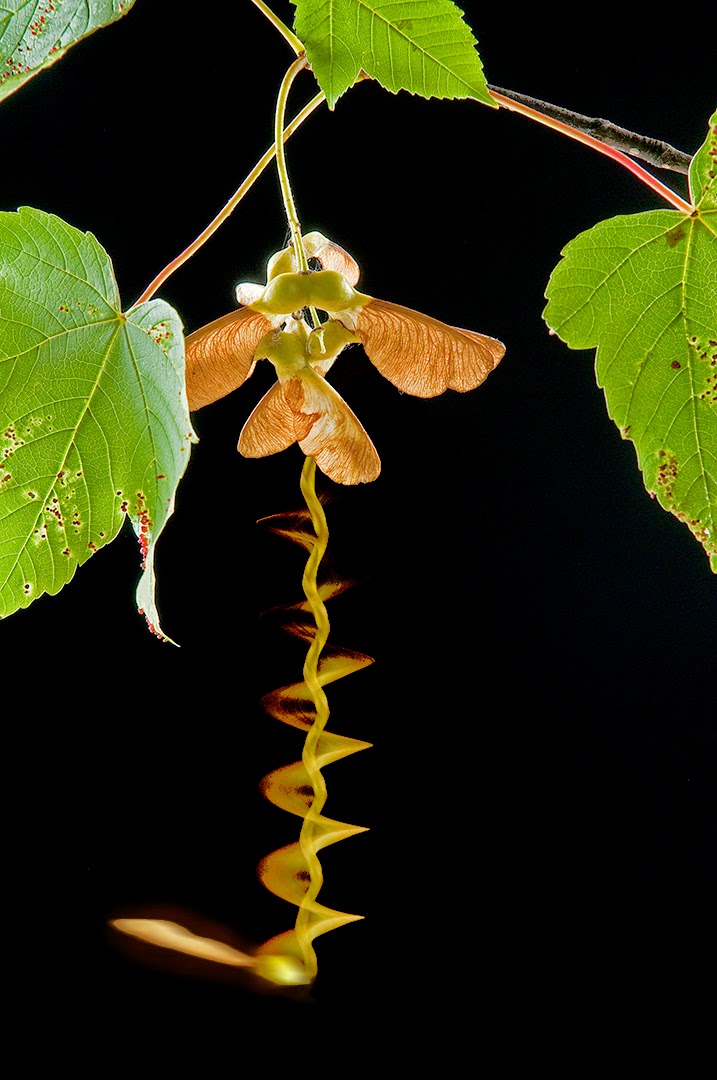 The second example is a much simpler technique, but does help to visualise an event I was only able to perceive when viewing several images in quick succession.


I was in my garden early one morning, and found this pair of slugs mating. Slugs are hermaphrodite, having both female and male reproductive organs.  Once they have located a mate, they encircle each other and sperm is exchanged through their protruded genitalia. I rushed to get my camera, and photographed them over a period of 10 minutes or so before they separated and went their own ways. When I reviewed the images rapidly  in Adobe Bridge, I found that, over a period of time the slugs moved around in  a circle. To help visualise this I selected the slugs with the Quick Selection tool in Photoshop. I then applied a radial blur filter (it took a few attempts to get the right amount). 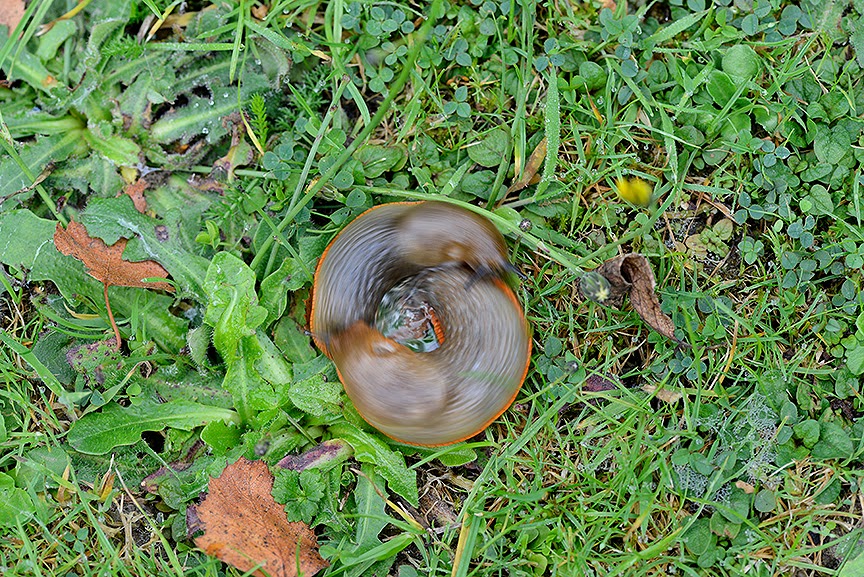 If I find another mating pair in the future I will try a long exposure.

The third example is different again. I have long wanted to photograph the seed pod of Himalayan Balsam at the point of it bursting. I brought some into my studio, and tried all manner of ways to induce the bursting, but the only reliable way was to squeeze them with a pair of tweezers. I shot two images, one of the seed pods, and another of the seed pod exploding as I squeezed it with the tweezers. I isolated the bursting pod (with the tweezers) and copied and pasted it into the first image, then had to methodically retouch out the tweezers. This took a couple of hours! 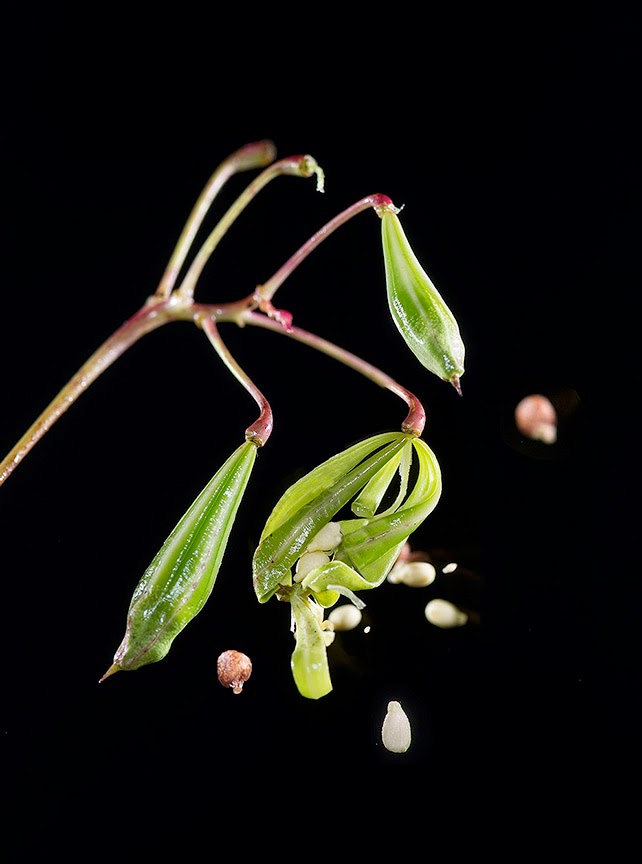 What do you think – does the end justify the means??
Posted by Unknown at 02:29